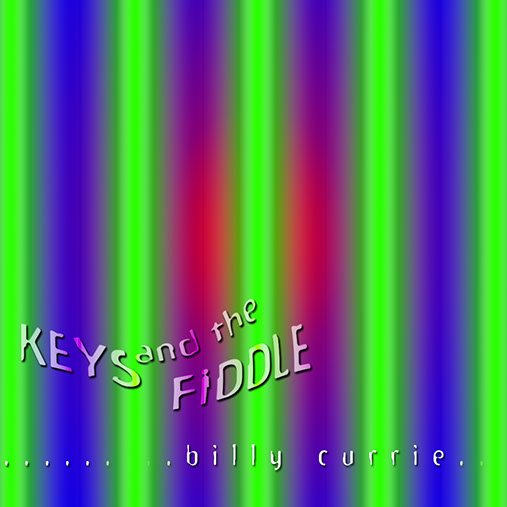 13. Spirit Of Her Spirit

All Tracks written by Billy Currie except :-

This album is a mixture of new music (including the film soundtrack "The Fragile Skin" plus Spirit of Her Spirit, Gloat, Playground) and a choice of music I wrote after the Ultravox "Ingenuity" album (Sisters and Brothers, Leap, Quiet Words, Away, Clean Stones) before embarking on the "Unearthed" project.

I have also included "Tekapo Blue" that was supposed to be part of the "Transportation" album. (This track just did not seem to fit on the Album at the Time, probably because it is quite Spiky and Hyper). When you hear it I think you will agree that it is FUNNNNNNN!!!!!!!!!!!!!!

In February 1983 I started work on a Solo album. Five tracks were written and recorded but none were released and the album didn't get finished. (Memories Don't Go, Sojourn, Break Down My Door, Riding White Horses, Happy Valley). All these tracks are here on this Album featuring Steve Howe, Hazel O'Connor, Toby Andersen and RRussell Bell.

This song was rehearsed at my place, in Notting Hill, on my Art Deco baby Grand Piano. The piano didn't sound particularly great but being in that white room had an inspiring affect on me. I wrote the Melody and Chord structure for the Ultravox song "Dancing With Tears In My Eyes" (Which was heavily influenced by the Michael Röther album that Conny Plank gave me) in that space. The Studio at Scorpio Sound (London) had a really huge grand piano that sounded great.

This is a very Moody song, very much of it's time. I like the way the Vocals and Piano are very close. We rehearsed it quite a lot. The tempo moves naturally. The piano is one take, with the fast little bits Overdubbed. Simple song combinations like Piano and Voice or Viola, (or Violin) Guitar and Voice are very appealing for me after working like that a lot. e.g. With Jeff Starrs "Interview" and John Foxx "Ultravox". (see biog) The end speed up section has triggered SynClavier strings (e.g. behind the Arp solo in "Hymn" Ultravox) with the Synth Melody being a Yamaha G.S.1 sound that I spent Six hours programming in Hamburg.

I used this sound on "Mine For Life" (Ultravox Quartet album), "Lament" (Ultravox Lament album). The G.S.1 was an expensive brute of a Synth (I had mine given) that was in a smart wood finish, designed to appeal to the American Church market (weird). Lots of Organ sounds. It was the first to have sounds on cards (like the Hole in the Wall for getting money from the Bank). A digital Synth like that in 1982 was ahead of it's time, unfortunately not very reliable in a very Sweaty Concert Hall. The notes used to Stick! That went down well.

This was written in the Studio. The electronics nut that I brought in to work for Ultravox was a friend of mine from Huddersfield ( Yorkshire ). I financed him to develop a Sequencer that would change the Pitch (V.C.O) of Analogue synths. Me and him generally took care of any triggering sections, especially on the Visage " The Anvil" album e.g. "The Damned Don't Cry", "Again We Love" etc. I had grown a bit bored of just triggering and really wanted to (in musical time) change the pitch as well! The ones on the market were a nightmare to use and very unreliable until the Steinberg programme came along in 1987! Like "Transportation" I composed a form and bed for Steve Howe to add his parts. Classical Guitar and The big-bodied Gibson are used.

Toby plays a nice Jazzy organ solo in this. The form is like a simple song.

This piece was influence by John Lennon's "Imagine" and other simple piano parts he composed for his solo work. He was a genius.

this short (low budget) Horror film was all about suspense. That's really why I enjoyed it. The challenge of holding back. Less is more (so to speak). Viola is the instrument that supplies the chill. It did in my Ritual Theatre days (see biog) and it does here. You can listen to the music without having to know the story but here is a simple idea of it for extra pictures to your imagination. The scene is: - Young girl arrives at large, creepy house. Remember the classic film "The Haunting".

Scenes of exploring the House. Remembering playing with her X lover in the countryside. Large bright rooms, sensing danger, climbing stairs, discovering someone else's clothes, sensually feeling and touching. (I'm wearing someone else's clothes again). I try to get impressions through the Viola sound paintings. The Mix of Orchestral sounds,Viola, the resounding bass synth sound. Timing is important as I resolve to a rumbling low C. It's now going to get nasty.

I wanted to keep the suspense with very minimalist music. The girl is attracted to some force and heads down into very dark rooms. When the music gets lighter with relief, ( the solo Synth section much later ) that is the time when the Witch that is following her appears as her X lover. Temporary relief for the girl. The music after that magnifies exactly what is going on in the Film! They kiss, she turns back into the Witch she is. The Viola solo starts pleasant then turns evil showing this. There is a chase until the Witch finally gets her. I use the fast Orchestral vibe for this. With weird Synth sounds so it wasn't too clichéd. The Film was a bit Hammer Horror really, but it was exciting to do.

Even though the Witch is now in a crazy party scene, full of freaks, wearing the skin of the dead girl (Having pulled it off with her teeth in a Black Ritual), I decided to offset the film by getting sad, emotional and heart-pulling with the music (While the dialogue is screaming). This relationship between the music and the picture had a particularly vile effect, exactly what I wanted. Introducing a repetitive rhythm carries the film to the End.

Break Down my Door

The backing track for this was recorded on my 16-track tape machine at home, then copied on to 24-track tape at Scorpio Sound Studio. It was the second track I wrote with the developing new sequencer. Guitar from Russell bell who I met in Tubeway Army (Gary Numan)

This was the start-up of my Solo Album. The whole studio to myself. FANTASTIC!

Slowing down into this happy valley. G.S.1 melody line. Using the Sequencer to push it along.

Spirit Of Her Spirit

This sensitive track started with the Violin loop. Flanged Violin on the top melody line.

I chose this title because the track seems to speak with calm words. With the tone and attitude of someone talking to you.

Angst! Not so simple. Paranoia never is.

The beginning part is a reworking of this odd timing idea. I had come up with the idea a few years earlier but left it exhausted. I discovered a new more laid back approach. Easy feel to acoustic Violin

I am at the top of a tree. It is five thirty in the morning. I love Norfolk.